MANUP?: It’s Okay to Not Be Okay

MANUP? is all about men, talking to men, about mental health.

The campaign aims to break down the stigmas and attitudes surrounding men’s mental health in order to show people that it’s okay not to be okay.

MANUP? started after its founder, Daniel Somers, learned of The Prodigy’s member Keith Flint’s death. Daniel had previously DJ’d with Keith and it was only when Daniel heard of his death that he realised how many men’s funerals he’d attended.

“I realised that I was attending more funerals of men who had taken their own lives than normal deaths, if that makes sense. So I knew something needed to change and that I wanted to do something about it. Men are terrible at opening up and I know that better than most, I’m a high functioning depressive and have been for years.”

MANUP? made its first steps when, in June 2019, Daniel tried to get 1,000 men to come to Copleston High School and put their hands up to say ‘it’s okay not to be okay’, with the help of Daniel’s friend, and now a partner of MANUP?, Jordan Holder.

Only around 300 men turned up but Daniel admitted that even one person taking part was enough for him. The movement got the attention of the BBC and became something of a phenomenon in Ipswich, being as most had never seen a movement like this.

Eventually, with a bigger following, two thousand likes and follows on the page currently, Daniel and Jordan were going to do another MANUP? event at the Cult Bar but, due to Covid, those plans had to be cancelled. Still feeling like he had to do something to start the conversation, Daniel set up a group chat with a few other men to check in and see how they were doing during the pandemic.

It’s slowly evolved into one-to-one video interviews in which Daniel invites men to discuss their mental health journey in order to help viewers relate and, hopefully, recognise any issues they may have themselves.

Daniel only has two rules when it comes to these interviews: that the team doesn’t research the topic or person they’re discussing and they don’t edit the videos, leaving audiences with 20 minutes of raw and unfiltered conversations about mental health.

They also aim to make their interviewees as diverse as possible, having brought on a range of people from different backgrounds like Muslims, black men, gay men, Americans and, most recently, an infertile priest. This is all in an effort to show that mental health affects all types of men.

“It’s been good, we’ve touched on a few topics but now we want to do even more. I think what I try to do is, rather than say ‘yeah you have depression go and speak to someone’, they never do, I just try to highlight different stories and people to hear about how they deal with stuff so that, hopefully, the people who may be watching that video recognise their own problems with mental health.”

Now Daniel and Jordan are looking to take MANUP? even further by making the campaign a registered charity in order to be regulated and receive funding to help even more people.

This has come around at a very pinnacle moment as Daniel finds himself receiving more and more messages understandably asking for help and, as a charity, they’d be able to point people in the right directions and ensure they get the best help available.

“We’ve all agreed that if someones about to hurt themselves, they should not be messaging me on Facebook. The hardest thing about it is that we’re now at the stage where we’re getting messages from blokes saying ‘who do I speak to?’. I knew that would happen but I don’t think I was prepared for it. We’re tampering with people’s lives here, and there will be something one day where I say the wrong thing- we need some sort of trustee regulation.”

Daniel would even like to take MANUP? to local businesses as he believes it’s not just the people dealing with mental health issues that they have to worry about, but also the people around them.

He’d like to work with businesses in the local area to incorporate some sort of mental health assistance for their employees.

“So many businesses messaged me when MANUP? started to say that ‘we don’t have any processes for mental health at our company’- they believed that they didn’t have problems with mental health and their employees.

“I started speaking to them like, ‘what’s your sickness rates?’ and they’d always say that they have loads of people call in with colds or flus. I explained to them that 60% of those are probably because your staff are burned out and exhausted mentally and that’s why they’re phoning in sick.”

Soon after their chat, some businesses began to incorporate mental health courses and found that their sickness levels suddenly halved. This is something that Daniel wants to continue to do more of in the future to help people lessen aspects of daily life that may cause them to exhibit or worsen their symptoms.

Daniel hopes that, despite what some people may say about the campaign, MANUP? Helps people who may be suffering with mental health issues during and after this pandemic and makes whoever is watching feel less alone. He also hopes that the videos provide those who may not suffer from such issues with a bit more knowledge of what mental health looks and feels like so that they can better help those around them.

“I had a conversation with Jordan, he said that through MANUP? he’s become worried and aware about how successful he is in his career and is beginning to wonder whether he thrived at the expense of someone else’s mental health (he hasn’t). When he said that I was so chuffed because we were having a breakthrough.

“That’s why we called it MANUP? The true meaning behind the term ‘man up’ is to deal with an unpleasant or awkward situation, not brush it under the carpet like we’ve been trained to do. I’ve taken a bit of flack from choosing that name but my attitude is that it’s turning something that’s damaging to men into something that can help them. Anyway, it seems to be working and that’s what matters.”

To get watch some of the interviews Daniel has done for MANUP? simply head to Facebook and give them a like under @MANUP.how or head to their website here http://manup.how/ which is opening soon

Let’s use this time in isolation to check in with our close loved ones and make sure that we make the men in our lives know that it’s okay to not be okay.

Helen Wyer: The Misconceptions Of Hypnotherapy

Take It Personally: The Benefits of Training With A PT

Pelvic Floor, Back, and Core Health 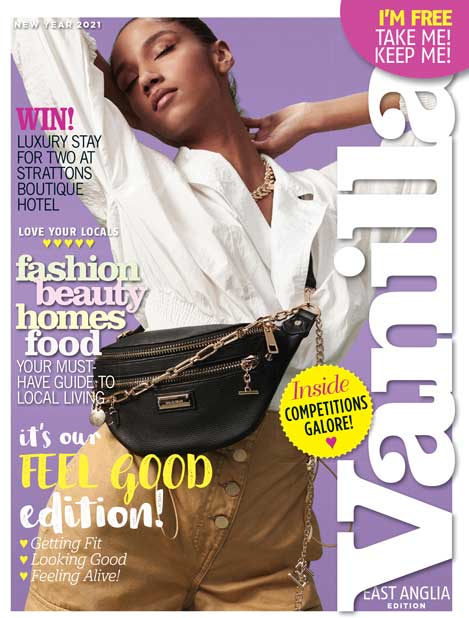 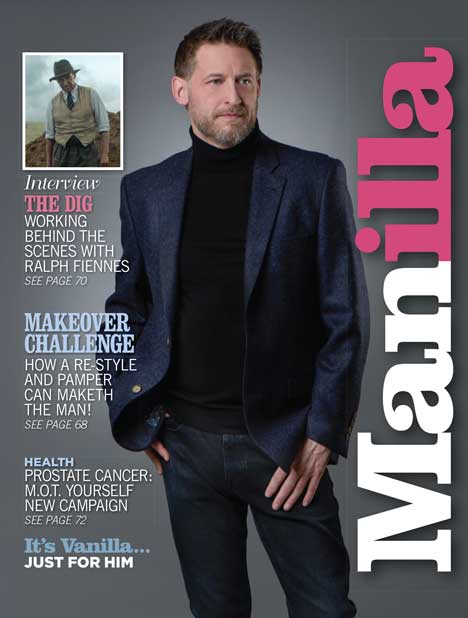 Vanilla on Instagram
🤓The Royal family? Deserts throughout history?

🌸COMPETITION WINNER🌸 Check out if you're the